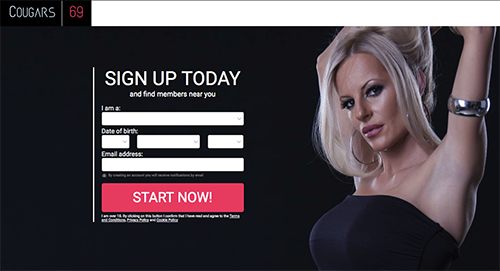 It feels like ever since Stifler's Mom appeared on our screens back in 1999, the term MILF has been part of our vocabulary. As the years have gone on, the hot older women in Holywood (and in our neighbourhood, for that matter) were awarded, although maybe not rewarded, with yet another nickname; Cougar. This then led to TV shows like 'Cougar Town' taking what American Pie (and The Graduate, before it) had started and emphasising it – further cementing the idea that older women are sexually experienced, plentiful (due to increasing divorce rates), frequently bored and more often than not, hotter than you might have realised.

It's little surprise then that all of us guys that have grown up with Courtney Cox, Jennifer Aniston, Mel Sykes, Cam Diaz, Halle Berry, Sarah Jessica Parker, and so on in their cougar 'prime' now have a serious desire to bang older chicks. Cougar online dating sites have sprung up all over the place and we have noticed a real trend in the number of women (cougars) and younger men (sometimes referred to as cubs) signing up for some casual and mutually beneficial fun. 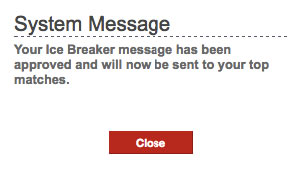 In our reviewers' opinions, this longevity in the cougar dating industry comes with positives as well as a couple of draw backs. The downsides, as far as our review team were concerned include the fact that the internal look of the site could use some modernisation (although they did report that the webcam feature is a super fun communication option that every hook up site should have). What's more, Cougars69 doesn't yet have an app (again though, the flip side here is that the mobile site works well and you don't get any annoying push notifications like you would with an application). On the other hand, the up-sides are significant; the database of MILFs (which stands for Mom I'd Like to F*ck, in case you're very new to this) is substantial and is clearly a by product of the years and years that this site has been in existence. Sure, you occasionally get the odd time waster or have to wait a while for a reply, but then again if you are not willing to accept that, then online dating in any form won't be for you.

How Does Cougars69 Work?

The search ('browse' tab) options on this cougar dating site are above average and most can be used for free, allowing you to check the cougar or cub members in your locality before deciding whether to upgrade or not. The upgrade price for a full month is slightly less than average for a paid dating site, and a lot less than a night at the pub where the chance of actually taking home a hot cougar for some sexy time is pretty much null (unless you happen to actually live in Cougar Town).

Our Conclusion: Is Cougars69 A Good Option For Younger Men And Older Women?

All things considered then, Cougars69 is a great option for both Cougars/ MILFs and for the young studs that want to experience the pleasures that come with such honed sexual knowledge. It's not a completely perfect site – it could use some modernisation – but the positives far outweigh the negatives and with a little patience and willingness to travel (if you don't live in a city, perhaps) we believe you could definitely get lucky on this site.

Remember ladies and lads, the more sites you're willing to try out, the better chance of arranging regular hook ups. Each site has a different database and so much depends on where you are located, that you can't just join one site and expect your sex life to transform. This game takes time, effort and a bit of experimentation. But we all know it's worth it...